The Stellwagen Bank National Marine Sanctuary off Massachusetts is a magnet for hungry whales. The Bank is an underwater plateau that forces nutrient-rich waters from the depths towards the ocean surface and, when these combine with late summer sunlight to cause plankton blooms, there's an explosion of life with whales at the top of the food web.

In September 2004 I travelled all the way to Massachusetts for a whale-packed long weekend. We went out on three whale-watches to Cape Cod Bay and Stellwagen Bank and saw over 100 whales and dolphins.

The 'star attractions' in late summer and early autumn are the humpback whales which lunge-feed on the shoals of small fish. They often dive, showing their tail flukes, to the delight of the whale-watchers.

Many individual animals are known to the researchers on board the whale-watch boats, who recognise the distinctive markings on the underside of the whales' tail flukes. We saw one animal - 'Buzzard' - on every trip, and also 'Eden', 'Circuit' and 'Polevault' plus some unknown individuals, although I confess I don't know who's who in these photos. 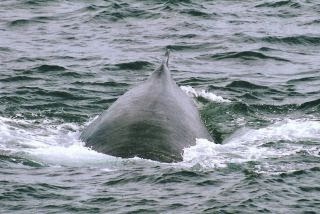 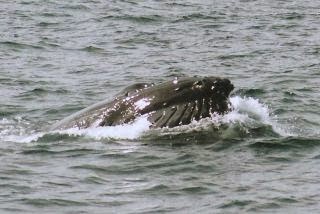 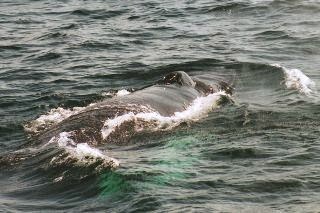 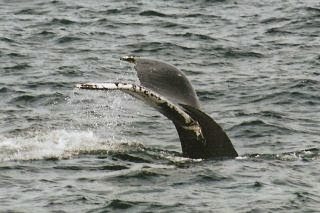 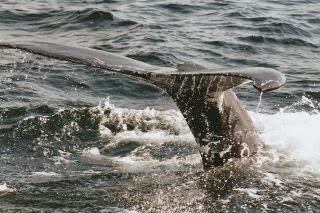 We weren't really expecting to see pilot whales, in fact I'd just been to get a mug of hot chocolate from the galley when they appeared. There were around 50 animals including a calf which was so recently born that it still had its foetal folds - the marks made when a calf is scrunched up in its mother's womb. It was quite an experience standing in the bow of the whale-watch boat drinking hot chocolate and watching so many whales in a calm, blue sea! 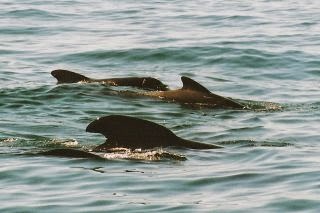 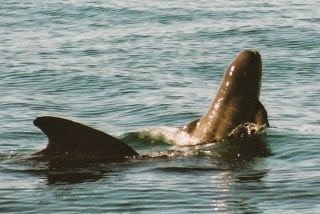 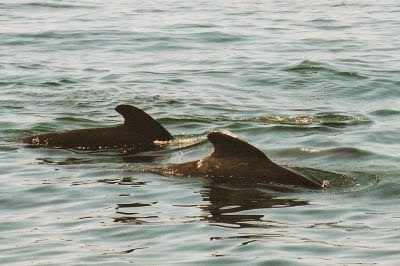